West Sussex Better Connected :- Or How To Eat An Elephant. 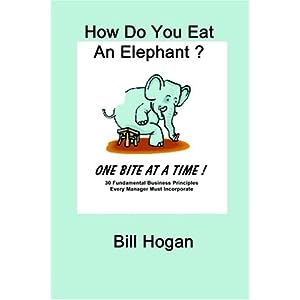 I was fortunate to be invited to attend the recent West Sussex Better Connected : Rural Broadband Summit 2011 which was held in the council chambers at Chichester on May 20th.

It was arranged by Nick Herbert MP and by the members and staff of West Sussex County Council. It featured a number of delegates , listed below , and was attended by many parish councillors and interested parties; you can view a full list on this handout available from Nick Herberts website.

The Session was recorded on West Sussex Public i.tv however I cannot embed this video from their site so for the moment you will have to click on this link : West Sussex Better Connected 20 May 2011 Video to open a new window.

Throughout the summit is was clear that the term â€˜super fastâ€™ broadband speed was defined by a speed of at least 24Mbps (mega bits per second ) and whilst there was a  Govt target set by DCMS as 2Mbps this was to be considered the minimum acceptable speed for connectivity. I should emphasise that no point in the conversations was anything less than  10Mbps considered as reasonable. I think we need to end the 2Mbps propaganda and focus on what is available to communities if they want it.

Of the talks given I was left with the impression that Jeremy Leggett of Action In Rural Sussex (AiRS ) fully understood the implications of slow internet access to communities further Jeremy demonstrated Community21.org a tool for parish planning and community management and a pretty good step forward in the direction of open administration . Bill Murphy , Managing Director of BT Next Generation Access gave a talk which left a few of us feeling â€˜told offâ€™ and berated for considering anything other than BT for delivering broadband to communities. Finally Jeremy Hunt MP arrived to conclude the talk and sum up the views of the Govt in its concerns over broadband speeds in the UK.

It was made clear by  Jeremy Hunt MP  and by Robert Ling ( of Broadband Delivery UK ) that councils, parishes and communities could assemble a broadband action plan detailing how they would deliver broadband to their neighbourhood as well as how funds would be met. In turn the Govt would look to provide additional , or possibly matched , funding to those projects to aid in their completion. This is an opportunity for villages and towns to take on the delivery of their communication infrastructure and to improve it.

Throughout the day I had been dogged in pursuing  the question of price and cost.  I posed the question â€œWhere can I get a price list of the necessary items required to put super fast broadband into my area ?â€. As a councillor I am familiar with the publication LCR which is â€˜the voice of Local Councilsâ€™ and in which there are adverts for playgrounds, streetlighting and furniture.  I persisted that it must be possible to have a price list or a quotation  which could be taken back to our parish and town councils with the view to planning budgets. As I persisted in questioning it was obvious that this had not been addressed.

A whole day spend talking about why we need a product and at the end when asked for the costs , none was available.

I am pleased to say that at the end of the summit Louise Goldsmith ( Leader, West Sussex County Council ) and Peter R Cowen ( Partnership Director Retail BT ) approached me to suggest that the Broadband Consortium and Mike Hickes ( WSCC Broadband Programme Manager ) would endeavour pull together this price list as a starting point for conversations at council and community levels.  Dr Robert Sullivan ( Chief Executive Broadband Delivery UK ) suggested there was a Huddle group which contained some of the more salient details I was seeking , later Robert Ling ( @ling_robert )   direct messaged me via Twitter to point out  www.bigsocietybroadband.coop and www.ruralbroadband.com  as resources for that information though I cannot find that data despite crawling the website  so it remains unavailable.

It is clear to me that groups, communities, parish , town and county councils need to have a clear price list and minimum specifications for the delivery of broadband infrastructure. It begins with price lists and work orders and builds out to fully completed parish plans ( no doubt management agencies will spawn to provide consultancy to council and groups to help them get funding ) form there orders need to be raised and work commenced. An ordinary person approaching these sort of disjointed and multi faceted tasks might bulk at the thought. My own experience in working with the Open Source community leaves me with the mind set that these goals are entirely achievable and that management and delivery of these projects is a task best approached in small chunks and tiny bites.

Money will need to be raised, either in kickstarter projects, donations or  increases in precepts ( another word for tax ). None of this can begin unless we draw a clear line in the accounts for the amount we need to raise and how that money will be managed.

What is clear to me is that the opportunity is now open for those who want super fast broadband to begin to plan and  deliver on that need and that Local Councils are encouraged to aid and deliver and ensuring that hurdles to planning can be passed.

4 Comments on “West Sussex Better Connected :- Or How To Eat An Elephant.”